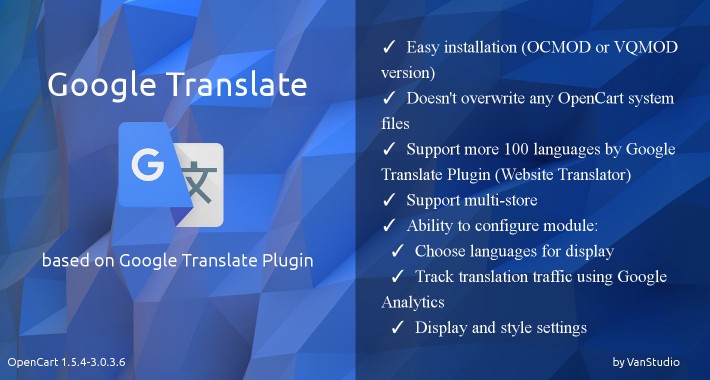 Google Translate is an extension that will allow you to quickly add any language to your site. To add a language you will need just to go to the extension settings and select it from the list.

What customers say about Google Translate

We are very happy with the extension.
~ozkarlav